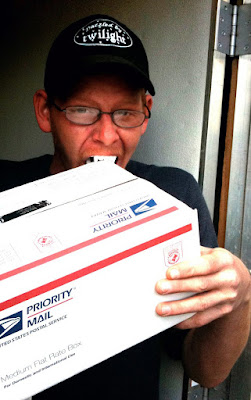 Twilight, the exceedingly popular series of four books, one full-length motion picture and a soon-to-be-released second film, has put tiny Forks, WA on the map.
Author Stephanie Meyer created the series which she set in Forks. The books are vampire-based fantasy/romance novels which all together have sold over 70 million copies and been translated into 38 different languages.
Fans from all over the U.S. and many foreign countries have traveled to Forks, a small logging community of about 3,000 near the northwest tip of Washington State. The community held its second annual celebration recently in honor of the Twilight phenomena.
Forks Postmaster Ann Klepps and LaPush Postmaster Laurie Huling set up a special collectors postmark which they sold along with other postal products and generated over $7,000 in revenue from a mobile postal van. 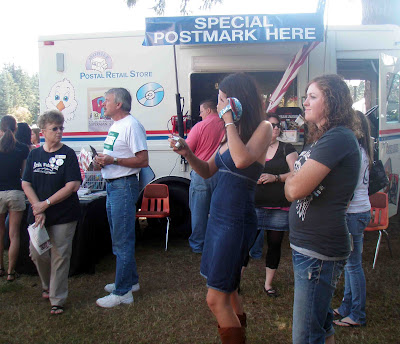 I can't get into this series, but my daughter is a fan. Good idea to capitalize on the popularity of this series. Way to go!

Great job in taking the time to promote USPS.