Well, the news is that my successor (actually, there's been 69 others in between), Postmaster General Jack Potter has chosen to retire, effective Dec. 3.

He started in 1978 as a clerk in New York City and rose through the ranks. He was one of us. In fact, he's a second-generation postal employee.

I've got to give him a salute. His ten years at the helm have been tough, to say the least. He dealt with 9/11-related security concerns, the anthrax threat, declining volumes, revenue declines, Congressional concerns, and public opinion swings. 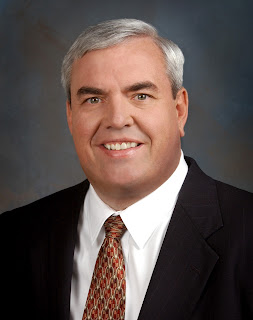 Plus, he's had to the point man for employee groups, mailers and the media.

Got a comment about the retirement?  Leave it here.

I hate to see Potter go, as he has been the best Postmaster in my -- long -- lifetime. However, he has earned the right to retire, after 32 years of service to USPS, and I wish him well. My sadness at seeing Potter leave is tempered considerably by the appointment of Pat Donahoe as the new PMG. Donahoe also came up through the crafts and is someone to whom we all can relate. His superlative experience in operations should serve him -- and the entire Nation -- well, and I look forward to working under him. Good luck to both!

You've got to admit, Mr. Potter has dealt with a lot during his stint as PMG...from the very good, to the very bad. He's earned his retirement. I wish him well! :)

I've always felt good about our future knowing that you were there taking care of our best interests. Have a great retirement. You will be missed.

Enjoy your retirement from the movies Harry... ;)