A New Way to Ship and Receive Packages 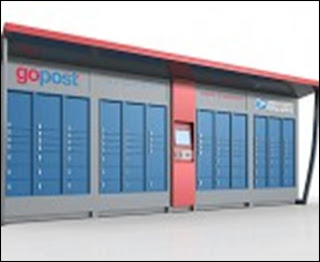 There’s a new test program offered by the Postal Service that will attempt to make shipping and receiving packages easier than ever. The new gopost pilot program, available in select locations, is designed to allow customers to choose when to pick up and ship packages at a conveniently located kiosk locker. They won’t need to be home to receive a package or go to the local Post Office to send them.

While innovative, this concept is not a unique one. Amazon.com is currently testing their own version of parcel lockers, and has plans to expand that program even further. Locker kiosks are also being used in many countries around the world:

Many other countries have either started offering this service or have plans in the works to offer it in the near future.

Do you think the Postal Service should expand gopost to the rest of the country? Comment here.

I think it's a giant waste of money. When we as an organization are hurting so much for money, we need to use our money wisely, not frivolously.

Absolutely! Why should we always continue to live under a rock when it comes to new high tech innovations!

We have something like this in the USA already. Its called "Mailboxes ECT" and other postal retail/contract outlets.

Are you getting shock treatments? Spellcheck :(

Anyway, Mailboxes Etc and their brethren require an account and/or charge fees. Having a USPS Box is great when a physical address is not available due to security issues. Unfortunately, some shippers cannot/will not ship to PO boxes. If this scheme will provide a workaround to the physical address, then it could be useful. Online vendors keep shipping necessary. UPS and FedEx aren't always an answer.

Look at the size of the United States compared to all the countries listed and they have millions of these places to deliver to. If the parcels are not picked up in 3 days they are taken to the nearest Post Office and a message is left on an e-mail where the parcel is. Then if not called or e-mailed about where they want to pick it up it sent back after 11 days. This may work in very busy cities but it can not work in urdan and rural areas.