Postmaster is a hit 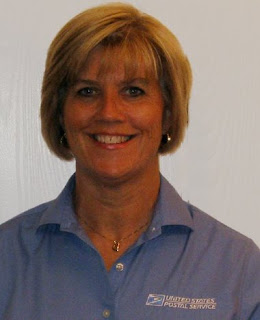 As I told you a couple of weeks ago, Eastpointe, MI Postmaster Kate Brooks was nominated for national recognition for her good works.
Hundreds of thousands of votes propelled her and she is among 30 national winners of the “All Stars Among Us” contest, sponsored by PEOPLE magazine and Major League Baseball. She was the top vote-getter among three finalists to represent the Detroit Tigers and will be honored July 14 at the MLB All Star game in St. Louis.
Brooks has been pitching the benefits of joining the “Be The Match Registry” for the past two years, and as district coordinator for the Postal Service’s Delivering the Gift of Life campaign.
She has recruited more than 1,000 potential marrow donors for the National Marrow Donor Program’s Be the Match Registry.
Tell me what you think? Click here.

Congratulations! I voted for her as soon as I saw her story.