We talk about penny, marble and golf-ball sized hail. How about softball-sized hail?

That's what Leslie Scott scooped up after a massive hailstorm hit Vivian, SD.

Scott put the stone in a cooler with some dry ice,  and then later, went with a news crew down to his local Post Office where Postmaster Linda Perry weighed the stone. 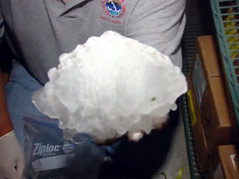 The scale said 1.9375 pounds, a new world record. Additionally, the stone measured 18 and 1/2 inches around, also a world record.
The hailstone was later transferred to the National Oceanic and Atmospheric Administration. 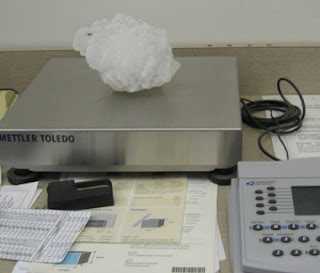 As a trained weather spotter and avid storm chaser...all I can say is...AWESOME! I have seen destruction paths created by such hail stones...but have never actualy seen it fall.

That had to just destroy everything! And there is no way you could catch that in a softball mitt! A softball is only about 14 or so inches around.