Daylight savings times starts this Sunday, March 13. Be sure to turn your clocks ahead by one-hour. From a postal standpoint, this gives us an extra hour of daylight for those of us who deliver the mail. 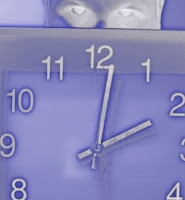 Here's a little history lesson. Daylight Savings Time was standarized on a national basis 1966, with the passage of the Uniform Time Act.
The act created uniform dates for the beginning and end of DST, but allowed individual states to "opt out." According to National Geographic, it was the Department of Transportation who was charged by Congress to "foster and promote widespread and uniform adoption and observance of the same standard of time within and throughout each such standard time zone."
Prior to the Uniform Time Act, it was often left to local jurisdictions and led to a great deal of confusion. It was however practiced nationwide during World War II, but was dropped at the end of the war.
Daylight Savings Time was
What do you think about Daylight Savings Time? Comment here.

I think Daylight Savings Time is great. It does precede 1966, however, although maybe not in its present incarnation.

Honestly, I would just as soon they leave the time alone...or at least pick one and stay with it.

I hate the constant meswsing ith my clock. If some yoyo wants to spend time outside in the evening, then he can go to work early. Juwt leave my clock alone. I hate daylight mess with my clock savings time.

Leave it alone... we go to work in the dark and come home in the dark in December... I would like to see the daylight at days end!

No time change! There is no purpose for it anymore. Let's all do what Arizona does.

Forget the time changes. They have no real purpose. Stay with one time and leave it alone. Would prefer the one that allows a little daylight in December-winter Equinox is short.

There was a reason for it in days past, but not anymore. Let's just keep it at standard time and be done with it!!

The later daylight hours do save energy, but the first few days are a little rough, as our bodies' clocks reset! :)

Unless you work outside....it serves no purpose. The energy savings has to be very small....just because you change the clock doesn't mean you turn things off on that date.

I agree w/everyone here.. We really don't need it anymore BUT then as one of you said "lets be like Arizona"... Well, that's where I live, SO I never have to deal w/it anyway.