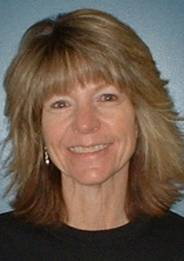 Halliday, who works out of the Holladay Branch, was walking up a driveway to deliver a package when she saw a small deer stuck in a wrought iron fence. The deer had made it part of the way through, but its hind quarters were caught and the deer was “flailing and losing hair,” said Halliday, who’s worked for the Postal Service for 24 years.

Halliday decided she couldn’t leave the deer like that, so she walked up to it and started talking in a soft voice. “He mellowed out and looked at me with big brown eyes,” she said. “I even petted him.”

With the deer standing still, Jana pulled on the fence and the deer bounded away. “ she's efficient in her duties, but her ability to care about people and even a helpless little deer makes her very special,” said a customer who witnessed the event.

She is a special lady. When I hear calls for privatization of the Postal Service I think of all the acts of heroism and kindness our carriers commit on a daily basis and I wonder if that level of commitement to customers would survive. Merry Christmas.

A new and unusual twist on our daily "Postal Heroes" story.