One Million Books in the Mail 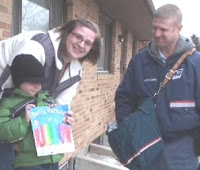 Through the generosity of local donors, Imagination Library provides nearly 10,000 children ages 0-5 in the  area with one free book each month. And they are all delivered through the USPS mail.

What a wonderful program!