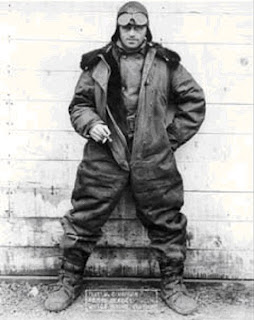 Postal funds and postal imperatives brought the American aviation industry to life in the early 20th century and made American pilots the “finest contact, bad weather pilots in the world,” in the words of historian William Leary. Airmail pilots set the standard for all pilots, and the demands of the Post Office Department that mail fly on schedule, no matter what the weather, forced mechanical and operational improvements in aviation.

Experimental flights during air shows and carnivals had carried mail as early as 1911 in the United States, but the first regularly scheduled airmail service in the world began on May 18, 1918. That day, Army pilots in Curtiss JN-4H (“Jenny”) planes began flying mail from Washington, D.C., and Long Island, New York, via Philadelphia, for the Post Office Department, which always was eager to find faster ways to move the mail.

On August 12, 1918, the Department took over all phases of airmail service, using newly hired civilian pilots and mechanics and six planes manufactured by the Standard Aircraft Corporation. Each plane could hold 180 pounds of mail and a 160-pound pilot. The new planes had rudimentary instruments – fuel and temperature gauges, a tachometer, and a compass that jumped with the plane’s vibrations.

From the start, the Post Office Department wanted a route that would extend from New York to San Francisco. By the end of 1919, airmail service operated between New York and Chicago, and some cities in between. In 1920, planes carried mail from Chicago to San Francisco – during the day. As evening approached, the planes landed, and the mail was put on trains to travel through the night. In the morning, a plane again picked up and flew the mail.

One gray, wintry morning, however, on February 22, 1921, two airmail pilots took off from New York and two from San Francisco – the start of a relay to carry mail across the country by air through both day and night. The trip was considered so dangerous that only volunteer pilots were used. Just one of the east-bound flights made it all the way, with pilots using dead-reckoning to fly through a blizzard over new ground at times. The flight took 33 hours and 20 minutes and was a sensation as great as the first manned space flights later in the 20th century.

The Post Office Department had wanted to contract airmail flights from the beginning, but there were no takers. By the mid-1920s, the aviation industry had developed and, in 1925, Congress passed an act authorizing the Postmaster General to contract for airmail service. The Post Office Department immediately invited bids from commercial companies. The first commercial airmail flight in the United States flew on February 15, 1926, and, by September 1, 1927, all airmail was carried under contract.

An early airmail pilot who later headed the Civil Aeronautics Administration, Charles I. Stanton, said of the early days of scheduled airmail service:

We planted four seeds . . . . They were airways, communications, navigation aids, and multi-engined aircraft. Not all of these came full blown into the transportation scene; in fact, the last one withered and died and had to be planted over again nearly a decade later. But they are the cornerstones on which our present world-wide transport structure is built, and they came, one by one, out of our experience in daily, uninterrupted flying of the mail. 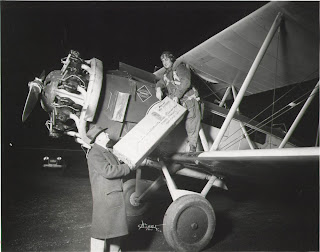