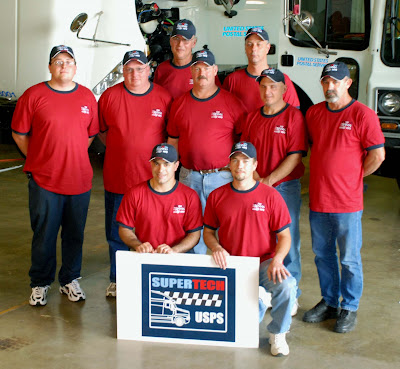 I once said that "Diligence is the mother of good luck." These fine men competed and won not because of luck, but because they have been diligent in their work.

Postal VMF technicians support a nationwide rolling fleet of over 219,000 vehicles, the largest civilian fleet in the United States.

The top 10 scorers on the written test qualified as Super Techs, and earned a spot in the Postal Service’s 4th annual Super Tech heavy-truck skills challenge in June.

Higgins and Napier led the field and will represent the Postal Service in Nashville, TN, at the American Trucking Association’s national skills competition in heavy-truck maintenance in September.