Only you can prevent ZIP Code abuse 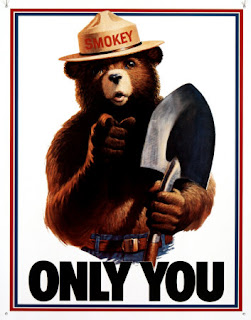 Having your own ZIP code is a rare thing. Some big businesses, companies, universities and organizations have their own. But did you know that there is a fictional character granted a unique ZIP code.
The ZIP-iest celeb is Smokey Bear.
Created in 1944 by the Ad Council as a mascot for fire-prevention efforts during World War II, when lumber was a critical war resource. He grew so popular in the early 1960s, receiving sack-loads of mail from adoring fans -- that, in 1964, the U.S. Postal Service granted him his own ZIP code: 20252.