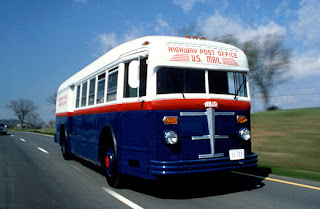 The HPOs were essentially rolling Post Offices in big busses that would run preestablished routes. Clerks would sort mail in the back of the bus while it traveled. Some retail services were also available.

The first service began in Feb. 1941, with service between Washington, D.C. and Harrisonburg, VA. After the war, more than 130 routes sprung up from 1948-1955. The last Highway Post Office bus run was the run between Cleveland and Cincinnati.

What is your experience? Do you know someone who worked on an HPO? Drop Benny a note here. 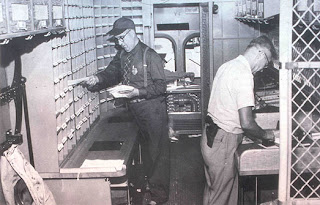 (Photos courtesy of the Smithsonian Institute, used by permission)