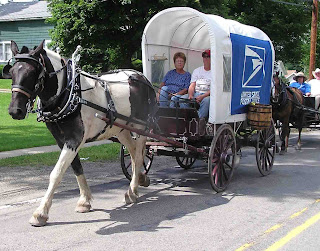 More than 25 wagons traveled 241 miles to 18 towns during the two-week journey.

"The ride gave me an appreciation on how things like the mail could make such a difference to people separated by vast distances," Tatlow said.