The history of Hanukkah, Kwaanza and EID stamps 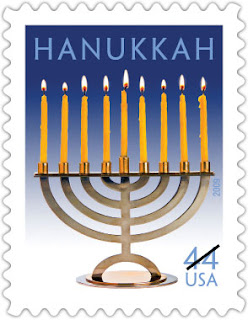 In 1996 the Postal Service issued its first Hanukkah stamp, with artwork by Hannah Smotrich. Israel loved the stamp design so much that Israeli postal officials decided to reproduce it themselves — a surprise joint issue.

Usually, joint issuances are joint decisions: The two groups reach agreements before the stamps are designed. But in this case, the U.S. stamp was reproduced almost exactly, except for the country designation under the denomination.

Since this first stamp design, the Hanukkah stamp has been redesigned twice: in 2004 and then, most recently, in October 2009. 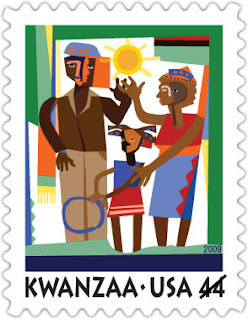 After receiving letters from both the public and the creator of Kwanzaa, Dr. Maulana Karenga, the Postal Service issued its first Kwanzaa stamp in 1997. Creating the artwork was artist Synthia St. James, whose book The Gifts of Kwanzaa was also released in 1997. New Kwanzaa stamps were issued in 2004 and then again in October 2009. 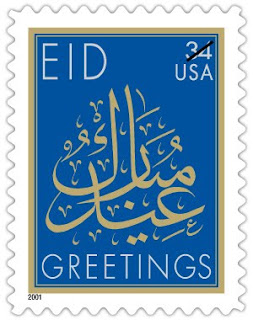 The Eid stamp was first issued Sept. 1, 2001. The stamp, which features the work of calligrapher Mohamed Zakariya, honors the two most important festivals in the Islamic calendar.