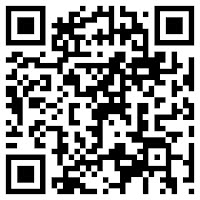 The use of Quick Response (QR) Codes in Post Offices around the world is continuing to expand. The popular 2D image has recently been introduced for the first time in Russia in anticipation of an upcoming special event.

Russian Post has introduced a stamp to celebrate the XXII Winter Olympics being held in Sochi, Russia. A QR Code is placed on the back of the stamp series and will take the eager scanner to the official Sochi Olympic website. Though the Winter Olympics aren’t scheduled to begin until February 2014, this latest stamp issue could draw enough attention to the upcoming events to satisfy the insatiable appetite of local fans.

Other countries to issue QR Codes on the back of a stamp series include Taiwan, Spain, Croatia, and the United States.

Do you think QR Codes should be used on more stamp issues?