A Passport to Adventure 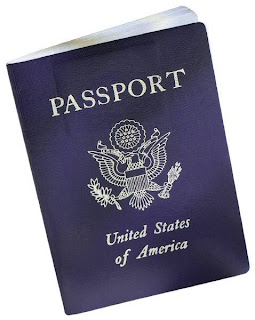 For anyone looking to travel abroad, getting a passport is a must to gain entry into a foreign country. The Postal Service offers these passports to adventure in distant lands at many of its offices nationwide. The cost is a reasonable $135 plus an additional charge if someone also needs their photo taken. We know how valuable these documents are when travelling, but let’s take this opportunity to learn a little more about their history and why they were originally created.

Passport use has been in existence in one form or another since before the year 0. The documents back then usually consisted of a letter written by either a government equivalent or a ruling leader authorizing the holder to safely enter certain lands, cities and regions.

The passport name itself is believed to have originated from medieval times when the documents authorized the holder to pass through the gate, or porte, of a territory. It was also during this time that passports were used as a form of privilege, granting individuals who’ve paid their taxes the right to travel to other lands.

Earlier versions of passports included a written physical description of the bearer. It wasn’t until the early 20th century that photos were attached to the documents for easier identification. Passport use during this time had evolved into a tool to keep out spies from foreign countries and to control emigration.

Unlike the passports of today, passports used to vary widely in look and size from country to country. That changed in 1980 when the United Nations set the standard on passports through its International Civil Aviation Organization agency.

Since August 2007, passports issued domestically include an embedded chip in the back cover that contains the biometric data of the bearer as well as information contained in the data page of the passport.

What technological advances do you think will change the passports of the future?