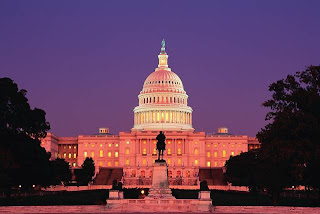 For most Americans, the price of a First-Class U.S. Postage Stamp is 45 cents. While this is still a bargain considering that many other countries around the globe charge more, and in some cases a great deal more, there are some individuals who have the option of sending mail without cost to them.

Since the founding of the Postal Service in 1775, members of Congress have been able to send official business mail without a postage stamp. This practice, called franked mail, allows an elected official in the House of Representatives or the Senate to use their signature, either handwritten or facsimile, in place of a stamp on an envelope. Franked mail can only include mass mailing of material for the area they were elected to and not campaign material or other personal reasons. There are many regulations on what an elected official can send as franked mail, as well as penalties for misuse.

Although members of Congress can send this mail without cost to them, the Postal Service is still paid for its services by the U.S. Treasury. The amount of franked mail that passes through the system is counted and recorded by control mechanisms in the Senate, House of Representatives and the Postal Service. The cost for each piece is reimbursed to the USPS.

What do you think about franked mail?