Dining with the President 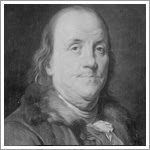 I have been quoted as saying, "Eat to live, not live to eat."

Although I do relish food and often suffer from gout for overindulging.


Part of what I meant was that meals can often times be more than they appear. In my many different roles I have had meals with several dignitaries, and it is often more enlightening than just taking in subsistance.


Recently, President Obama's re-election campaign offered the opportunity to engage with him over dinner as part of a promotion to boost contributions. The campaign paid for flying donors from Arizona, Colorado, Indiana and Minnesota to Arlington, VA. It included one night in a hotel, along with the dinner held at the Liberty Tavern.


The donors, described as ordinary voters, included USPS Carrier Ken Knight of Chandler, AZ. Obama and Knight were heard to chat about spring training and the Chicago White Sox, the president's favorite team.

But alas, they all declined to have dessert.