Westernmost in US — Wales, AK

Northernmost in US — Barrow, AK

Coldest — North Slope area of Alaska, including Barrow and Wainwright

Most isolated — Located in the farthest reaches of northern Alaska, the Anaktuvuk Pass Post Office is the only link to the outside world for the 300 residents who live there. There are no roads; everything must be flown in.

But one Alaska Post Office is just like several others around the nation. It holds memories of the local history.

In Wasilla, AK, the original Post Office was recently salvaged and saved at a new historic park. Several residents commented on how fond they are of the old building and the many memories it holds for them. It certainly can't compare with the newer location. So what makes it such a fond rememberance? 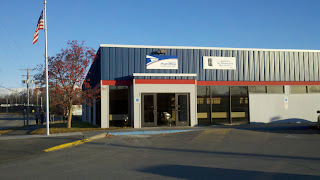 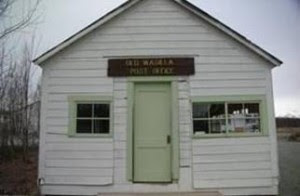 ahh ... memories of Sarah Palin and her hometown ;)