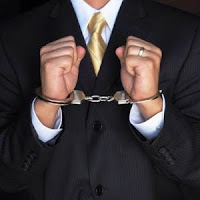 The former owner of a Carlstadt, New Jersey, mailing company was recently found guilty of conspiring to defraud 130 clients of $4.5 million.

The company billed clients for hundreds of mailings that were missing or delayed. It was found that some were presented to the Postal Service over 60 days later than customers were told, while others were only partially or even never at all mailed. When clients had complained about the mailings, the owner and his employees blamed the Postal Service.

When sentencing the owner, the judge emphasized how his conduct had tarnished the reputation of the Postal Service and damaged its relationship with customers. The convicted mailer was sentenced to almost six years in prison and three years of supervised release. He also was ordered to make full restitution to the Postal Service.


One thing that more visibility and scanning can do is prove when items really are "in the mail."

I agree. But the bad thing about it is there is another one right behind him to take his place!!!

We have already done that and with the closing of a couple hundred processing plants it will only get worse.