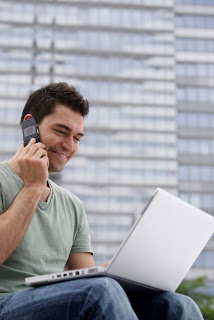 Uniforms and business attire are the norm for many people in offices around the country. They keep the look and feel of the organization professional in the eyes of the public and can prevent potentially disruptive logos or slogans from giving others unwanted messages. One popular exception to standard dress codes for some has been casual Fridays.

Casual Fridays started its long tradition in in the 1940’s when the local government suggested it as a way to keep employees cool during the summer months. It gained interest in the years following until it skyrocketed in popularity in the 1970’s. Ever since then, businesses have used casual Fridays as a way to boost employee morale and reward good performance.

Dressing down on Fridays does have limitations. Tank tops and cut offs are not generally accepted casual attire. Neither are flip flops or t-shirts with suggestive remarks. Jeans and a comfortable, tasteful shirt are usually the norm. Some casual days have specific themes such as wearing Hawaiian shirts, athletic jerseys, or t-shirts with funny sayings. Themes can give casual days special meaning to those in a particular office, and perhaps even reduce absenteeism as employees look forward to dressing in a particular outfit at work.

If you were able to pick one theme for a casual day at work, what would it be?

NO PAJAMA DRESS UP FRIDAY. I see enough of my customers dressed in pajamas and slippers too to go out and run errands! How about patriotic friday? Or pink friday for October cancer month?