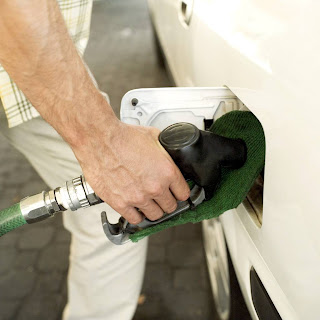 As gasoline prices continue to stare into the face of $4 per gallon, many companies have started the process of switching to alternatives. Options such as biodiesel, electricity, ethanol, hydrogen, natural gas and propane have been used in an attempt to reduce costs and protect the environment. So far, none of these options seem to have taken a dominant role as the next generation power source for our automobiles.

The Postal Service is one the nation’s leaders in exploring alternative fuels. It currently has 44,000 alternative fuel capable vehicles on the road using energy sources such as natural gas, liquid propane, biodiesel, and hydrogen. USPS is also testing options from different companies to develop battery powered alternatives to its LLV fleet.
One of the major obstacles in adopting alternative fuel vehicles, however, is the limited availability of refueling stations.

In most neighborhoods, local refueling stations provide only two options: gasoline or diesel. Limited availability of fuel would make it very difficult for someone looking to power their alternative energy vehicle. While the network of alternative energy stations is currently sparse, it is growing every year. According to data from the U.S. Department of Energy, there are approximately 9,915 alternative fuel stations presently available in the .

Cost is another factor that could limit the expanded use of some alternative fuels. The following is a breakdown of average fuel prices per gallon and gasoline gallon equivalent (GGE) prices for July, 2012, in the :

Most alternative fuels provide a different amount of energy per volume compared to gasoline. This difference is accounted for in the gasoline gallon equivalent conversion price. As far as value per dollar, CNG currently offers the best option among those listed on the U.S. Department of Energy website. The catch is that there are only 511 stations across the nation (excluding private stations) that offers CNG as an option.

What alternative fuel options do you think the Postal Service should consider for its fleet?