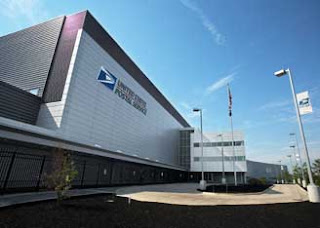 The U.S. Postal Service announced this week that it was moving ahead with a modified plan to consolidate its network of 461 mail processing locations in phases. The first phase of activities will result in up to 140 consolidations through February of 2013.  Unless the circumstances of the Postal Service change in the interim, a second and final phase of 89 consolidations is currently scheduled to begin in February of 2014.

The Postal Service will begin consolidating operations this summer – which mostly involve transferring mail-processing operations from smaller to larger facilities. Due to the volume of high-priority mail predicted for the election and holiday mailing seasons, no consolidating activities will be conducted from September through December of 2012. Approximately 5,000 employees will begin receiving notifications next week related to consolidating and other efficiency-enhancing activities to be conducted this summer.

These consolidating activities will reduce the size of the Postal Service workforce by approximately 13,000 employees and, when fully implemented, will generate cost reductions of approximately $1.2 billion annually.

The Postal Service also announced it is working with its unions for an employee retirement incentive, although no final decision has been made.

Approximately 80 percent of First-Class Mail will still be delivered overnight.

When fully implemented in late 2014, the Postal Service expects its network consolidations to generate approximately $2.1 billion in annual cost reductions, and lead to total workforce reduction up to 28,000 employees.

The list of 140 mail processing locations to be consolidated by February of 2013 is available at: http://about.usps.com/news/electronic-press-kits/our-future-network/welcome.htm.

And yet Nero -- Congress -- fiddles, while Rome burns.

Since it is an election year, all of us should vote accordingly and remember our repreenatives that sat on their hands waiting for May 15th to come and go. We are a sinking ship and it's very hard to imagine having to go find another job at my age. Oh, maybe I can live off the government benefits!!

This is the beginning of the end for the Postal Service.

OH YEAH, if the public thought that closing the small and rural offices was bad well Honey you ain't seen nothing yet. This is sudden death to the Postal Service because there will be no one to work 2 or 4 hours 6 days a week with NO benefits. THEN that office will close just like they wanted in the first place.

We are no longer the not for profit United States Postal SERVICE. That's one way to drive our remaining customers away...eliminate SERVICE. But yet we ALL have to grow our business by providing new "leads". Why? There are only so many customers in rural communities already. How do we sell? By telling the customers that our SEVICE is diminishing? Now that's smart!!