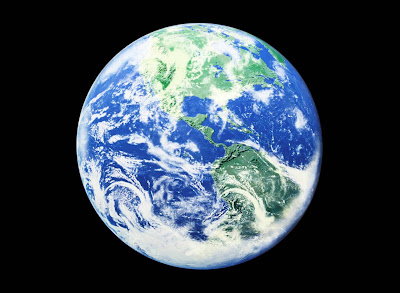 “Going green” is a popular phrase that involves the reduction of greenhouse gas emissions in the atmosphere as well as other efforts to use the Earth’s resources more efficiently. Major efforts by the Postal Service in support of the green cause have helped to promote a greener tomorrow.

Activities such as reducing facility energy use, water use, petroleum fuel use, and solid waste have not only helped protect the environment, they’ve also improved the bottom line.

In 2011, the Postal Service saved $34 million through conservation efforts and generated $24 million in recycling revenue. That adds a major financial incentive to pursuing green opportunities.

Some gases accumulate through the course of nature, such forest fires, volcanic eruptions and the earth’s natural emissions. Others are traced back to human activities.

“Going green” initiatives have the potential to reduce the buildup of greenhouse gases. Financial incentives also help make the transition to more environmentally friendly practices easier to adopt and embrace.

Do you think that embracing conservation efforts is a good move for the Postal Service? Comment here.

Not only are we saving $$$ but we can flaunt our green sustainability in our competitors' faces, all in the public eye. Should anyone say the USPS has become a stoic old dinosaur, we can point to all the areas we're making "green" practical - like energy saving building upgrades, electric or hybrid vehicles and of course, our "cradle to cradle" packaging. I think "Sam" our spokesperson has plenty to tell our American public about how THEIR postal service is not only trying to stay relevant but in some areas is the industry leader. Every postal employee needs to be an advocate and be proud - we're not "going gentle into that good night"!

I think going green is great. However, a lot of the DUO's are creating a huge increase in the use of fossil fuels and kind of defeats the idea of being green.

I think going green is a terrific idea. However, if we are really going green where are the recycle containers for all the plastic bottles that employees bring to work with them and dispose of in the landfill trash? Let us ensure each and every office has a method of recycling plastic, cans, glass and paper. Then we are truly going green. Thank you.

I received a big Poster and other papers about "WE RECYCLE" and the poster advertised the Blue and Green Recycle bins (one showed the shredder). We do not have any recycling containers except a Postal tub to put newspapers that I personally recycle to the School in the neighborhood. Otherwise most smaller or mid-size offices have no real recycling.

smaller offices may have a recycling hub or maybe a hub can be started. Just ck on the sustainability page and hit the 'contact' box with that question/issue.