Wine and beer in the mail? 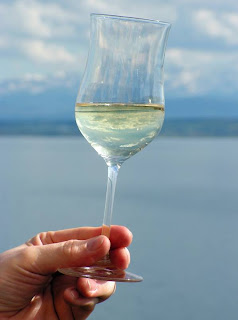 There are many opinions on how to handle the financial crisis of the Postal Service on Capitol Hill, and the options being discussed seem as diverse as the services offered by the 200 year old entity itself.

One of the options being considered in Congress is to allow the Post Office to ship wine and malt beverages. That’s something that’s currently off the menu.

On May 17, 2011, Postmaster General Patrick Donahoe, in a statement before the Subcommittee on Federal Financial Management, Government Information, Federal Services, and International Security, has confirmed that, “we could realize a significant increase in revenue by being permitted to handle the mailing of beer and wine.”

How much revenue the Post Office can generate from this service isn’t exactly clear, but it is likely to produce an increase in shipping demands by customers.

Several other options suggested by various stakeholders to expand Postal services include:

Each option comes with its own set of challenges, but the efforts of pursuit could create beneficial rewards.

Do you think that the Post Office should be allowed to offer alternative services?

I really want them to let us sell all occasion cards, gift cards,fishing and hunting licenses, notary, copies, Let our rural offices sell all of these items.Please.

We are at the a low for revenue and we need to look higher by adding these options so... 'Bottoms up' ;)

yes,yes,and yes! but make it so ALL post offices offer All services. Rural America is the bond that holds the PO together.

The process for Adult Signature Required is already in place. We just need this prohibition-era law repealed. Also, I get requests for photocopies weekly, and have to send my customer to the bank or library to get them made. I think notary services would also be beneficial, with minimal implimentation cost. The time to ponder these things is behind us, let's get rolling!

Those are all great ideas! The post office SHOULD be more like a UPS store. If I could get my docs notarized and copied then sent out all in one trip, I would definitely start going to the post office to do that instead of UPS.

I get a lot of traffic in my small office looking for notary services and especially wiring of money (moneygram). I do understand that to be a Notary, there is a huge insurance cost (bond) that is associated with the licensing and training.

I agree with many others...If it brings revenue then the P.O. should be allowed to ship it. We are struggling for revenue so either allow the P.O. to enact services that will generate revenue or quit complaining that the P.O. is not doing all it can. What about Firearms? I know UPS ships them but does the P.O.? I do not think we do but if it were allowed it would have to be a Registered item...one would think.

I would like to see business centers at the PO, where the public could come and have access to copy machines, faxes, scanners, computers, notary service phones and basic office supplies. Also, we could offer assistance gift-wrapping and/or packaging items for mailing.

to Oh I see. . . the Postal Service has a nationwide contract with TRM copy centers. You should check it out. My office makes a great deal of money from the public use copier in my lobby. TRM provides, at no charge, all the paper and toner and provides free maintenance when needed. I haven't had to make a service call yet, because the copier works fantastically. And at 20 cents per use, it's less expensive for my customers than the previous copier I had from imagistics.

Yes I think that would be a wonderful idea to be able to ship wine, beer, not so sure about and hunting license, great idea, we already sell duck stamps.

We need to provide all services that we can. Small rural offices can sell more gift cards as there are not as many places to get them in small towns. The Post Office should consign with the Cruise ship industry for shipping things their customers buy on vacation, and the duty free alcohol items they purchase.