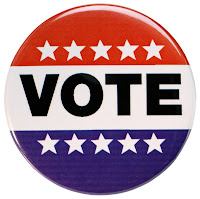 Political activity is a phenomenon that seems to be all around us these days. In every election cycle, the desire to either participate or ignore the unfolding campaigns can spark within us a resolution to act. For federal employees, participating in political activities could lead to consequences beyond encountering opposition to a point of view. A new Senate bill introduced this year has the possibility of adding additional consequences for employees who engage in political activity prohibited by the Hatch Act.

The Hatch Act of 1939 prevents federal employees from engaging in certain political actions. This includes engaging in political activities or wearing political buttons while on duty, running as a candidate for political office in a partisan election, and using their official titles for influencing an election or raising funds, just to name a few. In addition to the existing 30-day suspension and termination penalties, Senate bill 2170, the Hatch Act Modernization Act of 2012, seeks to add the following penalties:

The bill still has to go to the full Senate for a vote before it can move towards becoming law.

Do you think the proposed penalties are appropriate for employees who engage in prohibited political activity?