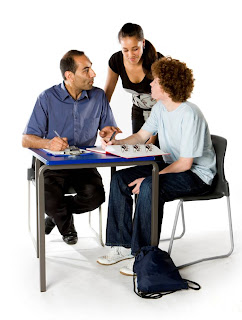 Visual learning is a process that involves retaining information by viewing graphic displays of topic material. Seeing images of words, ideas and concepts has proven to be an effective strategy in enhancing the learning process and recalling information with more clarity and consistency. One possible application of this concept involves the use of postage stamps to reinforce long-term knowledge about a subject.

Postage stamps have told America’s story since the Postal Service was created in 1775. Their colorful, visual displays of people, places and events continue to capture the attention of collectors around the world. Given the detail and vibrant pictures on stamps, could they be used as a visual aid to help students learn new material in the classroom? Let’s take a look at some of this year’s stamp releases and find out.

On January 6, the New Mexico Statehood stamp was released. The stamp depicts a landscape in northern with a date range of 1912-2012, indicating when the territory was officially accepted as a state into the

The Birds of Prey stamp issue, released on January 20, depicts a collection of five powerful birds including the Northern Goshawk, Peregrine Falcon, Golden Eagle, Osprey, and the Northern Harrier.

The Civil War was a difficult time in our history, and the Postal Service commemorated two particular events with a stamp release. Both the Battle of New Orleans stamp (April 24-May 1, 1862) and the Battle of Antietam stamp (September 17, 1862) were issued on April 24.

Each series displays not only a visual story on the subject matter, but also provides additional information such as names and dates. Students learning about these subjects could possibly reinforce their long-term recollection of that knowledge by reviewing a related stamp issue.

Do you think stamps could be used to reinforce the learning process in the classroom?

The US Postal Service has an amazing educational program called USPS Community Connection. The program includes a beautiful curriculum-connected classroom calendar with a 28-page teaching guide. Content addresses elementary curriculum standards in history, geography, science and language arts. In addition to the classroom teaching tools, there is a dynamic website filled with educator resources. Check it out at www.USPSConnection.com
It would be great if your blog could support the program