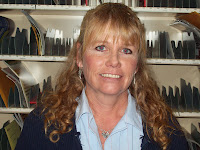 Its letter carriers are making a habit of performing life saving rescues of customers. This time it was City Carrier Deb Allred who recently came to the rescue of an elderly customer who had fallen and was immobilized for several days.

Allred noticed that the mail and newspapers had not been picked up by this 79-year-old customer for two days. At first Allred heard dogs barking in the customer’s home and thought everything might be alright. But then, trusting her instincts, Allred decided to check on the woman as her door was open. She found the elderly woman on her bathroom floor in a severely dehydrated and disoriented condition. The customer had been lying there for several days.

Allred comforted her and immediately called for an ambulance. The customer was taken to a nearby hospital and is now receiving proper medical care.

Said Allred, "I’ve helped people before on my route, such as people who’ve slipped and fallen on sidewalks, but nothing like this. I’m just happy I trusted my instincts and was able to help. It gives me great comfort to know that she will be alright."

Allred is the second Coeur d’Alene letter carrier this year to be put in for the PMG Hero Letter honors and one of several over the last few years.

"We have a great group of carriers and employees here. They really care about the safety and welfare of their customers and what goes on in our community," he said.

The compassion shown by so many carriers to their customers, especially the elderly, is remarkable. It there a program where elderly customers can register with their local post office, providing a name, address, and phone number of a relative in cases of emergency?