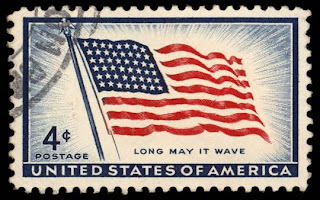 Hello all, Benny here. In case you didn’t know, today, the celebrates Flag Day. It’s a special day for me since I lived during the birth of our country and witnessed the raising of the flag for the first time. The flag itself has gone through many revisions since then, but for me, it still remains the strong symbol of freedom and unity that it did back in my day.

Flag Day commemorates the 1777 adoption of the flag of the . It was officially established in 1916 by President Woodrow Wilson through proclamation. More than three decades later in 1949, President Harry Truman signed an Act of Congress designating June 14 of each year as National Flag Day.

While Flag Day is only once a year, every postal facility has the flag hoisted high overhead every day. I feel a great sense of pride whenever I see that, and I hope you do too.

Think you know all about our flag? Take this quiz and find out:

Tune in Monday and I’ll have the answers posted for you.