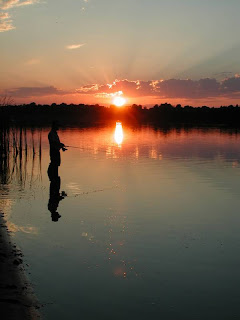 One of the amendments in S1789, the Postal Relief Act, is to allow Post Offices to offer services like “Social Security card renewals and fishing licenses.”

According to the American Sportfisher Association, there are approximately 30 million fishermen.

Assuming all of those are licensed, what kind of revenue could the Postal Service see from selling state fishing licenses?

In most states, the sale of licenses is regulated, much like the control of liquor licenses. Often retailers compete to be recognized as agents, simply to get the fishermen into their store so that they can stock up on gear and equipment.

Post Offices as agents may be viewed as an intrusion into this lucrative market and is likely to be rebuffed by many states.

Additionally, there may be limited financial incentive to selling licenses, as the fees collected are used by state game and wildlife. For example, in , the issuing agent fee is $1.00.

Assuming similar compensation, and assuming that every fisherman buys their license at a Post Office, we can look forward to less than $30 million from this amendment.

Do you think it’s something we should do? Comment here.

"we can look forward to less than $30 million"...excuse me? So are you saying 30 million is not worth your time? If the Post Office can turn a profit from doing it then it should be done. If we take a few of these tasks then they begin to add up.

It may be "Less than 30 million" to you but to me it is 30 million we did not have. Given our financial situation the Post Office should jump at any realistic opportunity that it can turn a profit from.

I guess it sorta depends. Is the $1 per license net or before expenses? If it costs us 2 bucks to sell them and we get 1 back, forget it. If the $1 is profit, let's do it. Even if we make a million per year from doing it, that's extra cash in our pockets.